Sarah Jehaan Khan’s films The Ripple Effect, about rainwater harvesting in drought-ridden areas of Pakistan, and Harvesting Hope, which shined a spotlight on the health issues plaguing Pakistani women who are exposed to pesticides while picking cotton, both won Green IS Environmental Film Awards at the ConnectHER Film Festival. The Ripple Effect was subsequently used to train hundreds of women in Pakistan how to install rainwater collection systems for their household use. Both films were screened at multiple Asian Development Bank conferences, where Sarah presented the critical drought and pesticide issues to attending professors and chief justices from across Asia. "It's amazing to me how two five-minute films, which I made with basic filmmaking skills, have gained so much attention," she said. Sarah was featured in the BBC’s list of 100 Women. You can learn more about the environmental prize, awarded in partnership with the Ian Somerhalder Foundation, here. 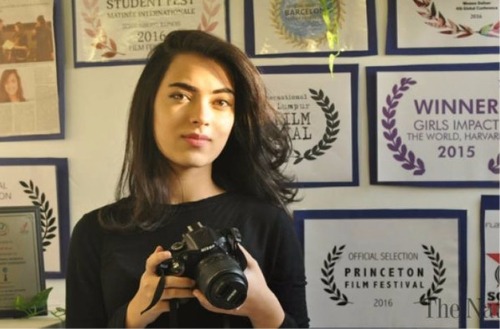