Bobbi Broome is still a college student, but she boasts the resume of the mid-career media maven. When the psychology major/pan-African studies and digital media production minor isn’t studying, she works as a photographer and videographer for two campus magazines and as a social media intern for a casting agency. She brings all those talents to her film Make Me Divine, a finalist in the Honest Beauty category at the ConnectHER Film Festival. The film shines a light on the “harsh and unrealistic expectations” that popular culture puts on girls, particularly black girls. “When I talk in the film about praying to have a new body every night, that’s real,” she says. Bobbi plans to keep producing media for women and girls of color. “I want to give all the little brown and black girls out there hope. If I can inspire at least one little girl to follow her dreams, my life mission will be accomplished.” 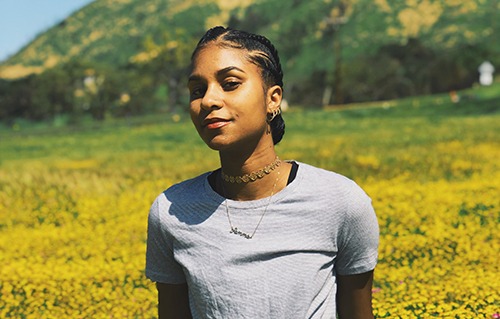