Jessica Mabanglo is a communications arts major at Gordon College in Massachusetts. She works as a videographer for departmental programs at Gordon, where she can be seen lugging equipment all over campus. Her film Talk Up the Talk won the People’s Choice Award at ConnectHER Film Festival 2018, and she screened it at a film showcase at her school. “I go to a small, conservative Christian college, so you can imagine that sexual health is not a topic that comes up often. But after the event and in the weeks that followed, about 20 students and professors came up to me and talked about how it has influenced good conversation.”

When she grows up, “since I am a fan of dreaming the ridiculous, I want to be a script supervisor for film or TV or work as a writer at Netflix.” She’d like to be photographed collaborating with other creatives around a table, eating a donut, and being so immersed in her work that someday her kids will look at the photo and say, “Dang, Mom was a happy lady.” 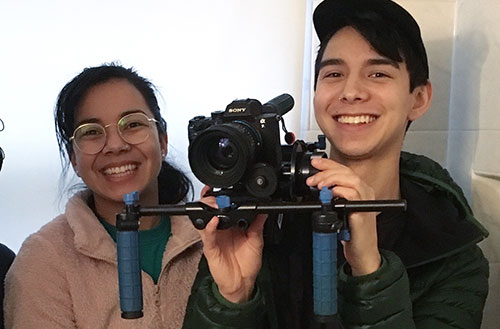